Ducati and the German GP

Two weeks after the Dutch TT of Assen, the Ducati Team has now moved to Germany to face the ninth round of the MotoGP World Championship, scheduled this weekend at the Sachsenring circuit, near the city of Chemnitz. The Sachsenring is one of the shortest and slowest circuits on the calendar, but it is still a rather demanding track. One of the peculiar characteristics of the German track is the anti-clockwise direction, in addition to the presence of some really particular curves almost all left, accompanied by various ups and downs. Dovizioso managed to hit the podium twice in MotoGP at the Sachsenring: in 2012 and 2016, when he finished third. Last year the Italian rider made a good comeback up to fourth position but then closed the race in eighth place. For Jorge Lorenzo, however, the German race remains one of the few that has not yet managed to win, but the Spaniard has nevertheless collected four second places between 2009 and 2012, while last year he finished the race in eleventh place after a departure in the second row.
Andrea Dovizioso (Ducati Team 04) - 5th (79 points)
"The Sachsenring is a track that in the past has created some difficulties and, as has already happened in the Netherlands, this time we will have to evaluate the behavior of the tires. This year I think we will be faster than in 2017, as we also demonstrated at Assen where we expected to be competitive and we managed, but the rear tires make the difference and we will have to wait for the first tests to better understand the situation. The Sachsenring is not one of my favorite circuits and I do not have a great feeling with the track, but I will try to get the best possible result anyway. "
Jorge Lorenzo (Ducati Team 99) - 7th (75 points)
"We arrived mid-season with a fairly positive balance: we have grown over the months, working well, and I think we now have a technical package that will allow us to be competitive on all the circuits, for example, where in the last I did not get good results, we were in control of the race for several laps and we got close to the podium, I think the situation will be similar to Sachsenring too: it's a circuit where we could theoretically suffer but where we try to get the maximum With all our strength, it will be essential to find a good set-up from Friday to start the German weekend well. "
The Circuit of the Sachsenring
The Sachsenring is a circuit of great sporting tradition: the runs in the streets near the city of Chemnitz began in 1920 and continued until 1990. In 1996 it was decided to build a permanent circuit about ten kilometers from the German city, which hosted his first Grand Prix in 1998. Since then, continuous improvements have been made to the system, including a radical change in the layout of the track made in 2001. Its curves, numerous and narrow, make this circuit one of the slowest in the calendar, but these same characteristics mean that the races at the Sachsenring are always hard fought. 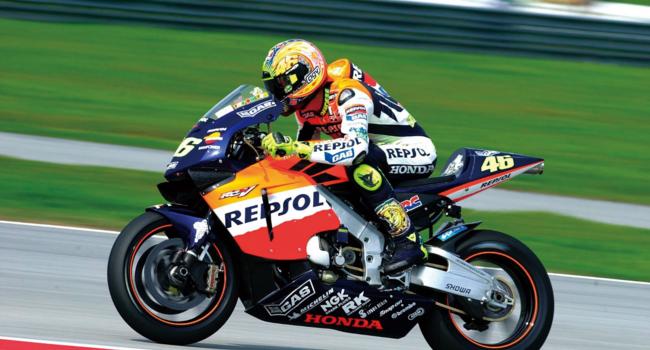